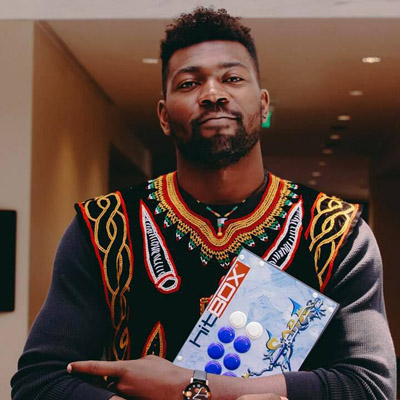 Docta Afrikan discovered competitive fighting games in 2013, and his life changed. The first large-scale tournament he traveled to was Evolution 2016, where he placed 65th out of 4,000+ entrants in Street Fighter V with Vega. Since then, he’s had multiple top 8 placings, and has consistently placed around top 16 at the Capcom Pro Tour Events he has attended.

He has built a reputation as a strong technical player and an elite coach. Recently, he's stepped into the role as a community leader of the south, where he runs events, trains players and build their brands, and finds/gives opportunities to players who need it.

Check them out at https://twitter.com/RunnitGG !